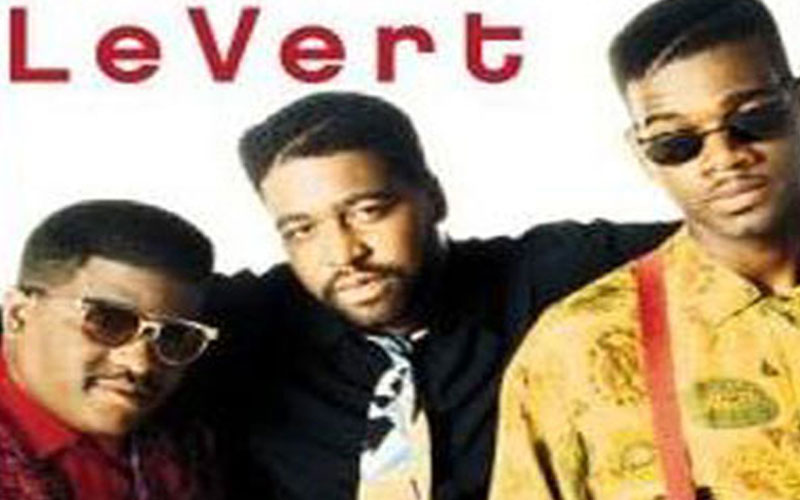 LeVert is an R&B/pop singing group, formed in Ohio in 1984, comprising Sean and Gerald Levert, the sons of O'Jays founder Eddie Levert, as well as Marc Gordon.

he group released their first single, "I'm Still", for Harry Coombes' Tempre label. In 1985, the group released their debut album, I Get Hot, which included tracks whose vocals drew strong comparisons to those of Sean and Gerald Levert's father Eddie. Bloodline followed in 1986, and this album included the band's first big R&B hit with "(Pop, Pop, Pop, Pop) Goes My Mind," a track that went all the way to number one. However, the band's next album, 1987's The Big Throwdown became an even bigger success, on the strength of the hit single "Casanova", which gave the band a crossover hit onto the pop charts, peaking at number 5 in this market and making the UK Top 10. A pair of additional R&B top five singles, "My Forever Love" and "Sweet Sensation," were also released from this album. The band's success continued with their 1988 follow-up album Just Coolin', which was nominated in the Best R&B/Urban Contemporary Album of the Year category for the 1989 Soul Train Music Awards. Both The Big Throwdown and Just Coolin' received gold certification.

Gerald died due to an accidental overdose of over-the-counter and prescription drugs in November 2006.

Sean Levert died at 39 from multiple diseases following his brother's death on March 31, 2008, while serving jail time in the Cuyahoga County Jail for failing to pay child support.

After the death of Sean LeVert, Marc Gordon and Blaq Rose are still planning to release their new album, "Dedication".