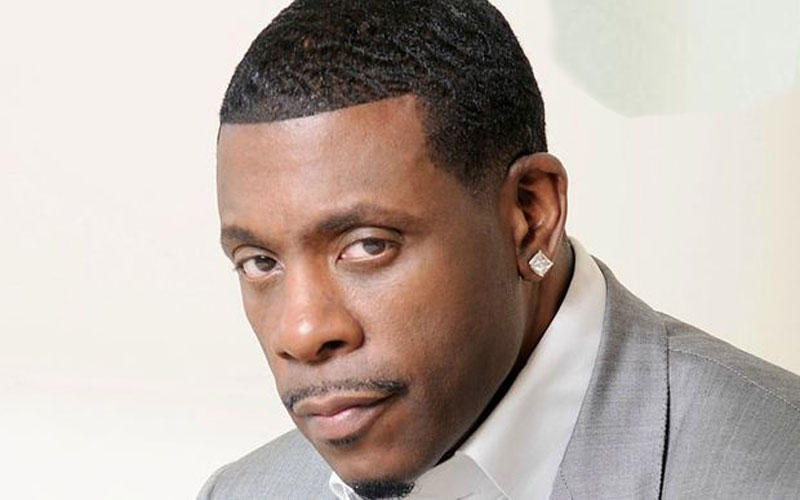 Keith Sweat is an American R&B/soul, singer-songwriter, record producer, radio personality and an innovator of the New Jack Swing.

He sang at nightclubs throughout New York City until he was discovered and offered a recording contract with Elektra Records in 1987. Keith Sweat was discovered by Vincent Davis and offered a recording contract with his label, Vintertainment Records. Vintertainment was distributed by Elektra Records from 1985 until it ceased operations in 1990, in which case Elektra opted to buy Keith's contract outright and have him record directly for the label.

On November 25, 1987, Sweat released his debut solo album Make It Last Forever, which sold three million copies. The biggest hit from this album was the song that inaugurated the New Jack Swing era "I Want Her" (#1 R&B/#5 Pop), while the title track from the album hit #2 on the R&B charts. Sweat reached the charts again with his second album I'll Give All My Love to You (1990) which hit #6 on the Billboard 200 chart.

Sweat eventually moved from New York to Atlanta, where he founded the Keia Records label that would feature Silk & Kut Klose. In 1992, Sweat discovered the group Silk, and helped craft their debut album, Lose Control, which hit #7 on the Billboard 200 album chart. The album's single "Freak Me" hit #1 on the Billboard Hot 100 on May 1, 1993. In 1993, Sweat discovered the Atlanta based female R&B group Kut Klose. Sweat also produced the group's debut album Surrender, which produced the their biggest hit single "I Like", peaking to #8 on the Hot R&B/Hip-Hop Singles & Tracks chart.

Sweat also formed the R&B supergroup LSG with Gerald Levert and Johnny Gill, and released their self-titled debut Levert.Sweat.Gill in 1997. That album featured "My Body", which became a hit single. The album was certified double platinum and reached #4 on the U.S. Billboard 200.